How Govt. forced our crusade out of the country-Prophet Dr. Samson Ayorinde 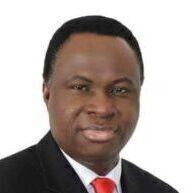 Prophet Dr. Samson Ayorinde, General Overseer of World Evangelism Bible Church (WEBIC), Ogudu, Lagos, has described the ban on his miracle broadcast on the television stations in Nigeria by the administration of former President Olusegun Obasanjo as Nigeria’s loss and other countries’ gain.  It will be recalled that in 2007 the President Obasanjo administration clampdown on miracle broadcasts on all T.V stations in Nigeria by religious organizations, a development that affected many churches including World Evangelism Bible Church, (WEBIC), Christ Embassy and the Synagogue Church of All Nations (SCOAN) among other churches in the country.

Reflecting on that development in an exclusive interview with Christian Benefits magazine on the forthcoming 25th anniversary celebration of World Evangelism Bible Church (WEBIC) in November 2020, Prophet Dr. Ayorinde said the clampdown on miracle broadcast by the former President Obasanjo government at the peak of WEBIC’s popular miracle broadcast programme, Anointing Night, forced the programme outside Nigeria.

Prophet Ayorinde however expressed gratitude to God for the survival of WEBIC since the official commissioning of the church in November 1995 till now. “I am excited for God’s faithfulness and his divine support and protection over my family and the entire members of World Evangelism Bible Church these 25 years. It all started in Zaria, Kaduna state in 1993 while I was waiting on the Lord on 40 days fasting & prayer. God spoke to me that I should move the base of the ministry to Lagos. He gave us the name of the ministry and also showed us the picture of where to start the ministry.  In 1994 we started the field work and in November 1995 we fully began the church with its official commissioning. God has been faithful to us till now,” the cleric recalled as he expressed gratitude to God.

Apart from the unfortunate miracle broadcast clampdown by the government that WEBIC experienced in the annals of its history in 25 years, Ayorinde also recalled how he and his popular nation-wide crusade team had survived several armed robbery attacks and road accidents in the course of his famous nationwide Fire Crusade missions across the country. “In the course of our crusade there were times we were attacked by armed robbers. There were times we had road accidents. For instance, on our way from a crusade in Idiroko through Atan, Ado-Odo-Ota to Sango-Ota we were shots by armed robbers. Our convoy was ridden with 16 bullets by armed robbers. The police escorts that were assigned to us abandoned us. But God is faithful. We survived that attack. None of us was injured,” the prophet shared with Christian Benefits.

Despite these experiences in 25 years of existence of WEBIC, Prophet Dr. Ayorinde expressed his hunger to do more for Jesus, noting that he was not yet fulfilled on his mandate of World Evangelization to win more souls for Jesus Christ. His words: “If we say we are fulfilled it means we are telling God to stop the work. There will always be the hunger to want to do more. We are forgetting the past in order to reach out to more souls for Christ. What have we done yet? We still have more grounds to cover. May God endow us grace and strength to do more in Jesus name.”

Prophet Dr. Samson Ayorinde, apart from God, expressed profound gratitude to his lovely wife, Prophetess Mercy Ayorinde, all the founding and existing members of the church as well as some fathers in the faith for the success story of World Evangelism Bible Church (WEBIC) in 25 years. The prophet highly commended his wife for her zeal and commitment to the church over the years.

“To the glory of God, she is doing the work very well. She is very zealous about the work. She is mummy to the core. She is very consistent in prayer and very caring too. She is very supportive in the ministry. She is full of zeal. She has always been there all these years.  I pray God will give her a very long life with sound health. We really appreciate all the people that started WEBIC with us for their significant contributions in the success story of WEBIC at 25 years.

“We don’t want to mention names because we may offend some people if we forget to mention their names. Those who are part of the success story of WEBIC actually know themselves, and we are indeed grateful to every one of them including those who are no longer with us. God will bountifully reward them all. We appreciate them. We celebrate them. I normally do my annual 40 days prayer and fasting at the Redemption Camp. I study and follow the footsteps of Baba E.A Adeboye and attend his Holy Ghost service. Then I follow the crusade pattern of Evang. Reinhard Bonnke. I follow the ministry pattern of Dr. T.L Osborn and Dr. Morris Cerrulo’s evangelism pattern.These are the people that I always look at in ministry work. In addition we also appreciate and celebrate our other fathers in the faith, Bishop David Oyedepo and Rev Moses  Omodanisi among others.” Prophet Dr. Samson Ayorinde shared with Christian Benefits magazine.

#Read the full length of this interview with Prophet Dr. Samson Ayorinde on the 25th Anniversary of World Evangelism Bible Church (WEBIC) in the regular (hard copy) edition of Christian Benefits magazine. Shalom!