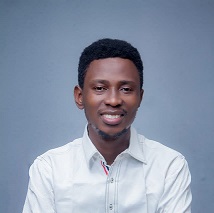 The year 2023 began with an intentional and deliberate spiritual weight lifting and capacity-building retreat at the Ministers Apostolic Fire Conference (MAFCO)      where ministers from all over the world gathered to be refreshed and recharged for the task ahead in the New Year 2023. This year’s MAFCO started on a high gear and ended on a superlative level of power and wisdom.

Pastor Wole Oladiyun popularly known as Baba Aladura ignited the fire when he charged the Church with 10 things the Church must do to remain relevant in these times. A practical session of insights, power, deep revelations, deliverance and spiritual empowerment for the Church, especially the ministers to re-jig their methods to be able to reach a changing world as he said it is no longer business as usual.

There was a break for personal retreat where we prayed and read through the books given. I also met Pastor Bisi Adewale with whom I had a robust engagement on his journey thus far. He showed me how many ministers are not selling their books, how not to fall into such and some other things. He went on a journey how MAFCO became a prophetic platform to becoming a landlord. His words with what I heard from Baba Aladura gave a precised direction for the prayers I needed to pray.

The second session started with Pastor Olumide Emmanuel who Baba Aladura gave the title Bishop and he started from where Baba Aladura stopped for two hours. It was a mind debugging session as we saw why pastors and ministers need to redefine the concept of full time ministry because the truth you are running with today might be obsolete. It was a session of so many truths as we saw through process and could easily see where we were doing things wrong. The session ended for us to break our fast with a sumptuous meal as we rest for the vigil.

The power dimension in the vigil was another level of manifestation as Pastor Kolade, the Resident Pastor of CLAM Lekki showed capacity and content as he led us on the topic attacking your attackers. It was a session of deliverance as ministers prayed like their lives depended on it. His life stories motivated many to see that the wickedness you don’t deal with today will be wicked not only to you but also to your family members tomorrow.

The second day started with Pastor Faseru of KICC Maryland who took us on Make A Tent. It was a session that resonated well with the sessions previously had. It was another level of exegesis of the word as we saw through the scriptures that if you depend on the offerings you will end up suffering. He led us through the lives of two great people he respects so much, Pastor Mathew Ashimolowo and Pastor Wole Oladiyun as Tent makers imparting lives and destinies because they have.

He gave us data and statistic on how people do not give and how Paul ministered at night yet made tents in the day. He declared that God did not give people skills to disregard because of ministry, adding that skills are addendum to spiritual gifts in order not become a liability. We ended the session for our personal retreat.

The next session was handled by the Apostle of dream, Apostle Dele Johnson. As usual, he took us through an excellent and understandable journey of how your dreams are indicators of the quality of life you live. He showed us several instances where men got solutions, directions, deliverance, global ideas and financial breakthroughs through their dreams. It was a session of music, prayers, expositions and deliverance as we dealt with many dreams related issues. Apostle Dele Johnson is a blessing to this generation.

The last session was a vigil with testimonies of how prophetic declarations from MAFCO changed the trajectory of the ministry and financial lives of many of the participants at the meeting. Testimonies of divine provisions amidst others were shared. The testimony of how God provided a multi-million naira house based on accurate prophetic word was shared. The prophecy was given two years ago by Pastor Wole and was spoken again last year and it came to reality in December 2022.

Pastor Wole Oladiyun told them they would celebrate Christmas in a house they still need to pay the balance going to over 20 million in November and the prophecy was fulfilled as they packed into the house on the 22nd of December. It was a testimony of favour, breakthroughs and divine interventions. Indeed if God has said it, He will do it.

Pastor Debo took us on another journey on attacking the attackers part 2. He did justice to the topic as he made sure we saw the need to pray because anybody can attack you as a minister. He showed us from the scriptures how lives of ministers were destroyed because of familiar friends, families, church members and every other way. It was a prayerful session as we prayed into a new season.

Pastor Wole Oladiyun came for the impartation and anointing service where he released the father’s blessings on us and charged us into a season of newness. We ended the night and MAFCO 2023 with thanksgiving.

As a clarity coach, I noted some things we younger generation should learn and they are:

MAFCO is a place where every minister should be for re-fueling, revival, re-firing, restoration and re-calibration. God bless Pastor Wole Oladiyun for heeding and running with this vision that is changing destinies.

I am a product of his grace. God bless you sir. Mummy Bukola Oladiyun, Pastor Femi Olubakinde and the entire CIA team, the sound personnel, the choir and instrumentalists (They were so excellent). The media personnel, the security, the electricians and every other person that made MAFCO and to you who would run with all that was learnt and make full proof of your ministry, remember if God has said it, He will do it.SHALOM!

BOL seek solution to defiance of tradition against Christ

FBM hold conference on family, health and finance for pastors

Why many Nigerian politicians and preachers are corrupt -Akerele